A downloadable game for Windows, macOS, and Linux

Full game expected to be released on Windows, macOS, Linux in late 2022

A 2D RPG game that allows you to play with witchcraft between two distinct worlds,  a modern style one and a medieval one. It includes interesting activities such as:

This is a demo that brings you around 30 minutes of gaming experience.

Cyrus was a normal secondary student before he fell into a medieval magical world after an explosion in an alleyway. And slowly Cyrus found out he started to know how to control the flow of air. The intrusion to a mysterious world, however, alarmed The Council, which was a group of wizards that controlled the world. They forced Cyrus to agree to all of the council's rules, or else never could he be allowed to go home. The rules, too long, didn't read, like this background story, Cyrus just skipped it, but he was allowed to go back to his own world. After a detention in school, Cyrus headed back home, while he and other passengers were surrounded by a tremendous amount of thugs in white clothes. And the story starts here.

The mission in this demo is inspired from one of the major events in Hong Kong's protest - Yuen Long Attack in 2019. It is only inspired, thus many details have been altered to fit the game's universe (obviously, as no one was using magic or even trying to protect the civilians in the attack). The story and characters are fictional, any similarities are purely coincidence.

[For Windows, macOS and Linux]

Use the official itchio app to open this page, click install button, wait for a while and launch the game.

Came back to give it another go, runs a lot smoother and I did not realize you can DASH while stuck in the rock! I will definitely be checking out your patreon and I will one way or another be playing the full game when it is out! Best to ya!

That’s so great! Love the video. Thank you for the kind words :D

Cool game! Only experienced one crash that was in the factory after the boss disappears. The art style is simple but effective and mixed with the audio and story elements makes the game awesome! I think the player should be able to fire up and down aswell as I wasn't able to do that.

Nice to hear it :) Although I don't really know why you experienced the crash. I will get the player to shoot in different directions in future updates (like really future XD)

I remind, that your game can go to the next stage, and get a full review with analysis, so don't forget to subscribe to the channel.

Thanks for the video!

Reply
P B Giridharahn1 year ago

Hope the feedback helped! And yes, please let me know how the feedback session was! I would be more than happy to hear your thoughts about! Cheers, Good Work! And Happy Game Dev! :D

It’s very constructive and definitely is one of the best feedbacks I received! Sorry for the sticky keys, I’m thinking of an alternative way to dash, like double tapping (still don’t know why the sticky keys exist haha)

I also get to know more interesting games from you, and I really enjoyed watching you play :P thank you!

Reply
P B Giridharahn1 year ago

Thank you for the feedback! And yes the sticky keys is definitely a problem in my side! Good job and Good luck! :D

Very nice game it had it rusty spots but overall a VERY good game.

The game is a combo of history and fantasy so not only is it fun to play but educational!

I’m working on to improve some of the mechanisms haha!

I had a lot of fun playing this game!! Had some trouble with the boss, but it was pretty funny to watch me get upset xD

Here's my video if you wanna check it out!

I'm definitely down to play the full game when you make it - thanks Mighcty!

This video is amazing! It's very energetic and it kept me excited while watching.

Thanks for watching, Mighcty - and I'm so glad you enjoyed the video!! :D

The combat in this game is great and we would love to see it expanded upon! Thanks for making a game and bringing awareness to other parts of the world about such a bad event.

This is awesome! Love the atmosphere you guys brought to the game!

The art in your game is really cool! Great job!

i played your game, made a video on it and it was an Awesome RPG game with awesome graphics and the story line was great

however there were some problems that i faced:

2. make the powers a bit more powerful (or increase its capacity)

3. in the 1st scene when we had to get off from a train, we had to press the arrow keys and move and i had no idea what to do, but i eventually found out

4. in the lock picking scene i had to figure out how to pick the lock because i was super confused on what to do but i did it somehow

6. in the umbrella scene make the people follow range a bit more because i was facing difficulty in making them follow me

6. in the boss fight scene make the health of the enemy a bit less or make it less powerful (that was really fustrating and thus i couldnt get past the enemy)

The video is great! Thanks for playing and the suggestions, they are very useful!

once you are ready with the updates then pls tell me. I would like to make more videos about your games

Sure haha! But I guess the next major update (not on the content, just the system) will be like three months later, as I will probably be holding a fundraising campaign for the full version by then, I will let you know :DD Thanks for the support!

Whenever the update be, just be sure to inform me and I will be there to test the game out :D and your welcome.

Interesting RPG idea! Sadly, I got stuck in the demo during the lockpicking section by accidentally escaping it, but the interface was still there.

Hi! Sorry for the bug, can you tell me more about it? Thank you!

Always love little rpg games, and look forward to seeing so much more of it! Best of luck to ya and definitely following!

I enjoy your recording very much :DD Your voice is amazing which makes the video more lively! Sorry for the bugs and the extraordinarily hard boss battle :P I have just released an update before your release of this video lol! Thank you again for playing the game!

Hey. I played your game and uploaded a video about it. I love the game. It is very polished and charming to play. It would be cool to see the boss' hp tho.

If you want me to delete the video, let me know. However, if you like the video, I make videos for such developers like you every day. I will be happy if you subscribe. Anyway, I had a lot of fun playing your games, and I am looking forward to playing more of them.

Thank you so much for making this video! It's very enjoyable to watch! I will make a few bug fixes and improvements after watching this lol

I have never seen such a nice game for a while!! 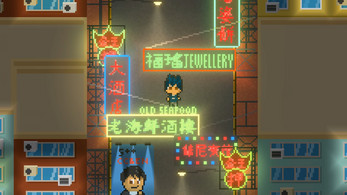 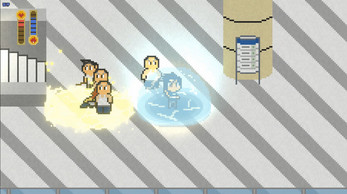 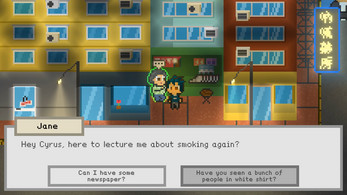 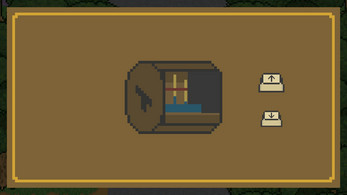